The blow off valve (BOV) sits between the throttle body and the turbo. The job of the typical blow-off valve is to release excess pressure in the atmosphere.

Meanwhile, another valve which is called the bypass valve does not vent pressure in the atmosphere, it rather recirculates the pressure to turbo intake where all the air is coming inside of a turbo.

Installing a blowoff valve is the next step after installing a turbo. When I was upgrading the turbo I skipped the blowoff valve. It was for a short time in my project car which was a Nissan R32 GTS running on 2Jz-Gte. I experienced that I was having boost leakage and my turbo was not working efficiently.

So I decided to install a Blowoff valve to prevent boost leakage. In the meantime, I was also considering the turbo’s life span because not having a blowoff valve and running on high boost, this was something that could damage my turbo.

This was not supposed to be a power gain mode, but surely it was a performance mode. I was also curious about figures and I was expecting more numbers on the dyno and I’m sure you all might be expecting the same.

In this article, we are going deep into (BOV), from basic knowledge to function. we are going to discuss in detail including blow off valve horsepower, tuning, costs and legality. 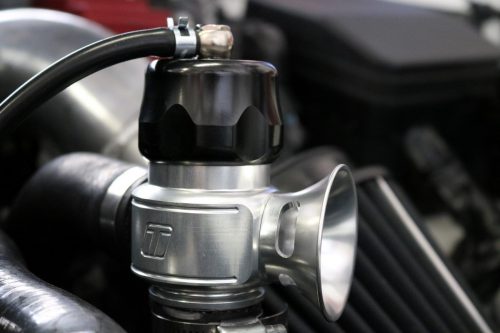 What Does A Blow Off Valve Do?

A blow off valve releases the high pressure trapped in the engine’s intake into the atmosphere or recirculating the pressure back to the turbo intake. This works as an anti-compression surge device in the turbocharged system.

A turbocharger is a pair of turbines that connect to your engine through an intake manifold. In a basic turbocharged engine, when you press the throttle, the exhaust air goes into the turbocharger and spools the turbo then the other turbine sends compressed air to the intercooler.

The intercooler converts compressed air into cool air and increase the density of air before sending it towards the engine cylinder.

As you can see the blow off valve sits in between the intercooler and the throttle body. When you take your foot off the gas the throttle body closes and all the air flowing towards the engine cylinder gets trapped inside. Now the trapped air has only one way to go. Can you guess where it will go?!.

That’s right, the only way is to go back to the turbo itself. Returned pressure could cause serious damage to the turbo. Now, this is where the Blow off valve comes in handy.

When the throttle is suddenly closed and the turbo is still spinning, the blow-off valve will activate and release all the pressure which was trapped inside the pipes.

when the pressure force leaves the blow off valve it makes the iconic sound ” Psssshhhh” that we hear.

Here’s a YouTube video showing the Blowoff valve in action.

What Are The Benefits Of A Blow Off Valve?

A blow off valve is one of the cheapest turbo modes that significantly affect turbo efficiency and turbo sound.

A Blowoff valve is also easy to install as compared to the other diverter valves.

Does The Blow off Valve Increase HP?

The blow off valve does not increase performance by adding horsepower but it does give you an efficient turbo performance.

BOV is one of the cheapest performance modes for a turbocharged system.

In my experience, even the aftermarket BOV couldn’t add any HPs to my car, but it will hold the boost more efficiently and prevent boost leaks. BOV allows you to expand more power.

Do Blow off Valves need a tuning?

Most Blow Off Valves or Bypass Valves will not need ECU tuning because it does not impact any air-to-fuel ratio.

Custom built BOVs where the boost and fuel to air ratio changes with different modes may need an ECU tune for optimal performance. High-performance blow off valves can be tuned to activate after reaching a specific amount of boost pressure. 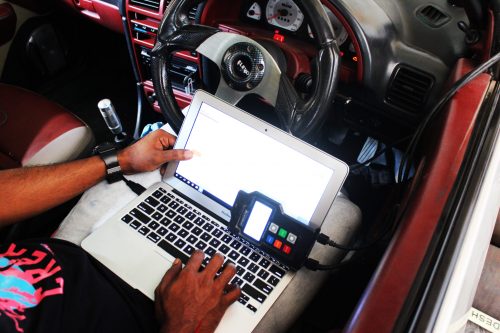 Do Blow off Valves Damage Turbo?

Blow off valves do not damage the turbo, rather it protects your turbo.

The blow off valves are designed to function as a guard for your turbo. The BOV or BVP both protect the turbo from compression surge by releasing the excess pressure safely from the pipes. Turbo works more efficiently with a blow off valve.

The only problem you might face with a blow off valve is slow throttle response. When the boost is vented, the turbo will have to regenerate all the boost again starting from zero.

How Much Does A Blow off Valve Cost?

The average pricing of a Blow off valve is between 100-200$, making it one of the cheap turbo modes that make your turbo sounds louder.

If you are looking for more ways to make your turbo louder then you should check out our list of 7 Ways Of Making Turbo Louder.

Does Blow Off Valve Void Warranty?

If a turbo system failure or any engine failure occurs which is related to the blow off valve, then the warranty will no longer be valid. Car manufacturers don’t claim this failure as it goes against their warranty policy.

Are Blow off Valves Illegal?

If it’s an aftermarket Blow off valve venting pressure into the atmosphere then it is considered to be illegal in some places, eg: California

Factory-installed BOVs are completely okay to have even in cities with strict regulations against customized automotive. People have been telling about being pulled over and even getting tickets for having aftermarket BOV.

How do I choose a blow off valve?

For example, Kompact is for OEM replacement, it works efficiently with OEM turbocharged system.

BOV5 is for large and upgraded turbos and the engine making above 650hps.

Race Port is a lightweight and strong blow off valve, capable of drag racing and compatible with the engine making 1000hps, etc.

Apart from the valve size, there is one extremely important thing to understand while you are choosing a blow off valve.

All turbocharged engines are not the same, they all are not made for blow off valves. Some engines are designed for Bypass valves also known as (BOV). Engines running on the MAF system use a Mass Air Flow sensor to determine the amount of air present in intake.

MAF sensor coordinates with ECU to deliver the calculated amount of fuel in injectors. When the blow off valve releases all the pressure into the atmosphere then the ECU is not able to function properly. The pressure needs to be rerouted to the turbo compressor inlet.

A bypass valve does this job by not releasing the pressure in the atmosphere. A bypass valve sends the excess pressure to the compressor inlet through a pipe.

The bypass valve is the right choice if you have a MAF system engine.

T both the Blow Off  Valve (BOV) and the Bypass Valve (BPV) do the same job which is getting rid of the excessive pressure. But, the way they do is not the same.

A typical blow off blows excessive pressure into the atmosphere where the bypass valve recirculates that pressure and reroutes it back to the turbo intake so the pressure can be reused.

BOV makes the iconic sound that we all love to hear but the stock BOVs are mostly silent in order to reduce car noise. 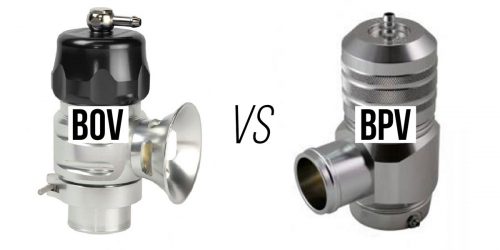 Blow Off Valve Vs Wastegate

Wastegate and blow off valves are similar to each other but not the same. Both individuals are designed for different places in a turbocharged system.

Wastegate prevents the turbo from making an extra boost by removing the exhaust pressure before it reached the turbo. Wastegate can be easily tuned to open once the turbo has made the desired amount of boost. But why would someone not wanna make extra boost?
Well, it’s true that boost is all we want from a turbo, but the extra boost can easily blow your entire engine and this is a nightmare. The wastegate protects our entire engine from boost damage.

Concluding this article I must say that the Blow off valve may seem like a low-cost Turbo mode that compliments turbo sound and performance, but it is not recommended to delete and swap stock BPV with aftermarket BOV especially if you are running your car stock.

When it comes to custom modifications like engine swap with bigger turbo or turbos. Then I would recommend you to go with a blowoff valve.

The blowoff valve should be next on your checklist after Turbos. Not only does the blowoff valve prevents boost leakage at high boost but also keeps your turbos safe from high compression surge.