What Is Exhaust Dump? 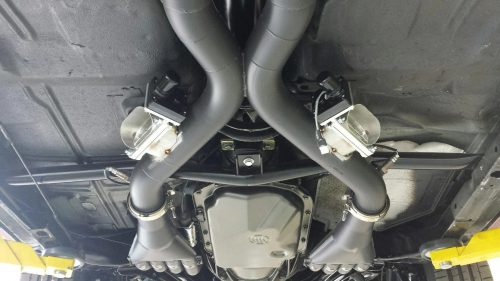 Depending on where the dump will be located, if it is done after the axle exhaust, which includes removing the muffler, tailpipe, and tip, you may achieve a better airflow in your exhaust system. The reason for this is that the muffler may serve as a bit of restriction to gases because of the functions it performs.

Personally, I have had an exhaust dump done on my Ford truck. The dump was done before the axle of my exhaust system and did not give me any emission problem. I got a better sound from having this upgrade done, although I did not notice any change in the horsepower.

How Do Exhaust Dump Pipes Work?

An exhaust dump pipe is an important piece, especially in turbocharged cars. It serves as how gases exit the wastegate or exhaust system. The dump pipe helps to reduce the back pressure created in the exhaust system.

The dump pipes are before the muffler right after the downpipe. It can close and open either electronically or manually, and this is because the downpipes can easily allow for more power to be created when compared to when it is just closed. When it opens up, the pipe increases the speed by which the gases exit the system, creating better airflow in the engine.

The dump pipe collects exhaust gases from the exhaust manifold and then links them to the muffler and other parts of the exhaust system, found at the end of the system, where they will finally be disposed of.

The similar thing about the dump pipe and the downpipe is that they both ensure a free flow of gases in the system. They move the exhaust gases into where they will be cleaned and disposed of.

Having an exhaust dump upgrade done on your exhaust system has many benefits. Some benefits include better engine performance due to better flow of exhaust gases in the system.

Having a dump exhaust done on your vehicle will increase airflow in your vehicle. Cutting away part of the exhaust pipes, which includes some parts of the headers, will allow the exhaust system to release more gases. You can complement this upgrade with a broader diameter tip.

Many people do not like their exhaust tips hanging out of the side and the back. They like it hidden, and this is what the exhaust dump will give you. Since the exhaust will be Cutout, it will be beneath the vehicle. Also, there is an added tip facing the ground.

People opt for the exhaust dump valve mainly because of the improved sound the exhaust upgrade gives their vehicle. When you get the upgrade done, it gives a sound that is not too loud and disturbing but rather a whaling one that sounds more exotic.

With more exhaust going out of the exhaust system, the back pressure created by your engine or the turbocharged engine will drop significantly.

Do not expect much horsepower increase from this upgrade. The modification is done basically to improve your vehicle’s sound, which you will get. However, it does increase the number of exhaust gases going out of the system so that backpressure will reduce and airflow going into and out of the engine will be better. You can expect a little increase in horsepower.

Exhaust dumps will improve the sound of your vehicle. It will make it loud but not disturbingly loud and give a whaling vibrating sound.

As we know, an exhaust dump is a great and popular way to improve the sound of your vehicle’s exhaust system. Depending on where the dump will take place, some may require that you have a muffler delete by cutting away the mufflers and the tip of the exhaust system and replacing them with a downwards pointing tip.

Once the mufflers are removed, you can expect your exhaust sound to change. The muffler in your vehicle is one of the parts of the exhaust system that quiets down the sound. Your vehicle will be louder after this. By adding a tip that faces downwards, released gases go towards the floor. It will create a growling or whaling sound, which is very exotic.

The legal status of an exhaust dump depends on the location of the dump. If it is below the passenger sits and affects the muffler, it could be illegal in many states in the USA.

The muffler is a part of the exhaust system responsible for controlling emissions and noise reduction. Emission is a severe issue, and anything that affects the proper control of emissions in the vehicle is considered illegal. Once the muffler is removed after dumping the exhaust, the vehicle’s emission will also be affected.

If the exhaust dump is located below the passenger seat, it could even put you in more trouble. The gas could easily escape into the vehicle causing harm to you and the passengers. If the dump is done after the muffler, you are doing nothing illegal. Depending on your state, it would be good to know the traffic and emission laws.

Q: Is Downpipe and Dump Pipe the Same? 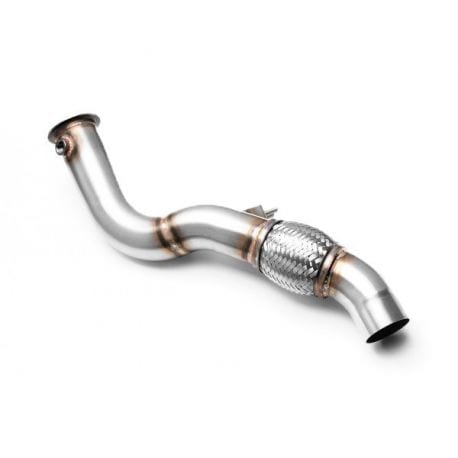 Downpipe is not the same as dump pipe

Q: Where Do You Put Exhaust Cut-outs?

The cut-out should be done between the muffler and header in the exhaust system. A Y-pipe will be installed so that there will be two openings from which the exhaust gas escapes. The opening in the position where the cut-out was done will either be electrical or manual.