Having a screamer pipe will boost your car’s horsepower by a big margin, because it creates less backpressure. It will also make your cars sound meaner in higher RPM. Installing screamer pipes is probably one of the best mods that you can do if you are running a turbocharged car.

I have installed a screamer pipe on my turbocharged Honda Civic, it made a huge difference compared to the stock.

The most notable difference is when the boost kicks in, it sounds incredible when the wastegate is opened.

It does sound like a straight pipe, but better with more characteristics to the tone…

In this article, I will be covering some details and interesting facts that I found:- 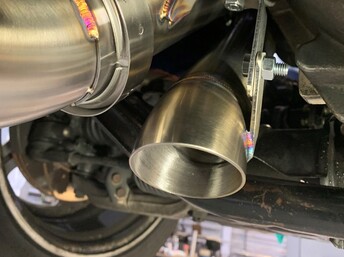 What’s a Screamer Pipe And Its Benefits?

Screamer pipe is an exhaust configuration made for turbocharged cars. It reduces backpressure by releasing built up exhaust gases directly into the atmosphere (without going through exhaust pipe).

Screamer pipe only works with turbocharged cars because it has to work together with the wastegate from the turbo.

Screamer pipe is usually mounted beside the engine/gearbox area – connected to the exhausts. It can be running at the side of the car as well.

This valve can turn on and off depending if the engine has enough boost. The exhaust gasses can be discharged and exit directly into the atmosphere – to avoid “over-boosting”.

Over-boosting occurs when there’s too much exhaust pressure spinning the turbo. This can be harmful to the engine and turbo – which is why a wastegate/ screamer pipe exists to get rid of these additional pressures. 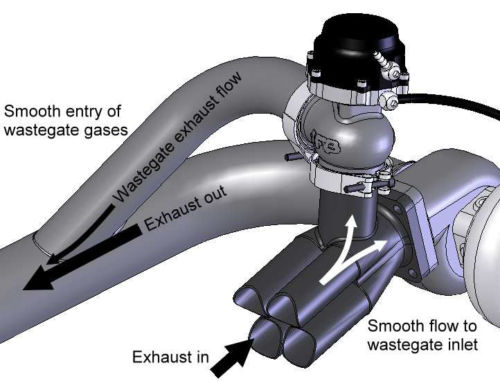 Wastegate pipes are usually merged with exhaust output at a low angle.

The most obvious benefit of this mod is the increase in power, since it reduces backpressure in the exhaust with the help of wastegate releasing and clearing up the over-boosted gas.

This process also generates a meaner and distinctive sound. Sometimes, they may sound too aggressive for some people. To keep the noise level down, you can run small mufflers and resonators too.

Screamer pipes usually increase your car’s horsepower rating by 20 HP or more, compared to a stock exhaust system, where the wastegate is connected to the exhaust manifolds. This mod is perfect for drag strip application.

The notable horsepower gain is made possible with the reduced backpressure since the exhaust gas can flow through easier. The lesser backpressure, the better the engine breathes and improves combustion. (More power)

On lower RPM when turbo is not running, your car will sound calm, almost in stealth mode. This is also why it’s so much better than straight pipes.

Screamer pipes are not legal. They won’t stay within sound ordinances and will not meet the emission standards. If you live in a big city, you might face a bigger risk for a hefty fine.

Screamer pipes can get you in trouble if it’s too aggressive. Modifying an engine to be louder is in fact illegal in New York State.

If you are running your car moderately maybe you can get away with this. If you are living in a place where the laws are less strict you are probably going to be fine.

Check your state and local laws, because some places have noise restrictions and more strict emission standards.

How To Install Screamer Pipe & Cost

Screamer pipe normally costs around $60 – $80. Full fabricated screamer pipe with new wastegate and go up to $400 or more. Installing a screamer pipe is actually simple, of course, best if you have welding experience. 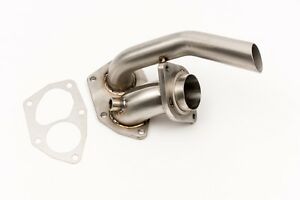 When you buy a screamer pipe, they usually come together with seals and clamps.

For the installation, watch this video on Youtube to see how it’s done.

With a screamer pipe, you can get rid of the excess exhaust pressure instantly. This means backpressure is instantly reduced and you could gain additional performance.

A screamer pipe is often confused with a wastegate – and this is perfectly normal. Even I was confused as hell when I first looked into it.

Installing a screamer pipe is probably one of the coolest mods out there if you have a turbocharged car.

The only real benefits of having a screamer pipe, are slightly improved exhaust flow out of the turbo. A simple mod like this to improve your car’s performance, that’s quite a lot, to be honest.

Before you do this mod make sure to check your local laws to avoid hefty fines and make sure the screamer pipes are pointing away from any part of your vehicle that can melt from heat.

Personally, I’d recommend this mod if you have a track car. This mod will be perfect and will not take you to the other side of the law. Drive safe!

Get Your Motor Roaring: Louder Car Without Breaking the Law!

The One-Stop Guide to Muffler Change: Everything You Must Know

Warranty and Insurance Worries? A Guide to Muffler Upgrades

7 Common Symptoms Of a Bad Muffler & Ways To Fix Them

Do You Need To Tune After a New Muffler? (Myth Busting)

Exhaust Bandages 101: How Long It Lasts & Will It Pass MOT?