At What RPM Does Turbo Kick In? 9 Tips To Make It Faster

Turbo will not kick in until it reaches a certain RPM, usually between 1200 to 1500 rpm. Exhaust gasses power the Turbo system, and it takes time for the car to generate enough exhaust gas to power the turbo system. The lag is a normal phenomenon for turbocharged engines.

However, it is possible to speed up or eliminate the lagging period. There are many ways to do so, including nitrous oxide, sequential turbo, and many more.

Having to reduce the lagging of a turbocharged engine is all a driver’s dream. People have gone as far as combining both turbochargers and superchargers to achieve this. The lagging period can be frustrating, and everyone likes to have that instant boost when they hit the accelerator pedal.

Personally, I have experienced the lagging on my turbo engine and it is normal. All turbo systems like mine experience it. I got tired and decided to use nitrous oxide for my engine.

It was pretty easy to install, and I noticed that the boost I needed came in faster. I have used nitrous oxide for a while and have not experienced any fault in my engine.

At What RPM Does Turbo Kick In? 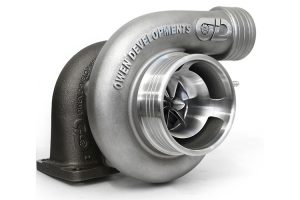 Turbo is powered by exhaust. During low RPM where exhaust gases are limited, the turbo won’t be delivering power.

The turbo usually kicks in between 1200 to 1500 rpm. The turbo relies on exhaust gasses to work and will only pick up when there are enough gasses to power the turbine.

The turbocharger makes use of turbines connected to the compressor. The turbine rotates when the turbo starts to work. It only works when enough exhaust gasses move to the turbines from the engine manifold. The turbine’s rotation then powers the compressor, compressing air into the engine’s system.

Also, some factors could influence what rpm the turbo starts to work, one of which is the size of the turbo. Not all turbos are the same size; some are bigger and more powerful than others and come with bigger turbines.

Bigger turbos require more exhaust gasses to rotate. Depending on your engine type, some engines may take more RPM to create the level of exhaust gases needed to power the turbines.

What Causes a Turbo to Kick In?

The exhaust flow of your engine causes a turbo to kick in. When the engine is making enough exhaust flow, the turbo will kick in and it will give you a boost.

When you put the paddle down and accelerate you can feel the turbo kicking. It’s because the exhaust flow is responsible for making the turbo operational. When your engine revs at the boost threshold, turbo kicks in and you will feel the instant boost as soon as you hit down the paddle.

Spinning at the optimum RPM the turbo creates a boost (forced positive pressure) and the boost is what we call “TURBO kicks in”. The amount of boost you will get depends on engine displacement and the size of the turbo itself.

9 Tips to Make Your Turbo Kick In Faster

Your turbo not kicking in fast is normal but sometimes can be very annoying. Not everyone can wait through the lagging period. Many turbo users want a faster turbo. Some ways to achieve this may include using nitrous oxide, sequential turbos, electric hybrid, etc.

Below are some ways to make your turbo kick in faster. 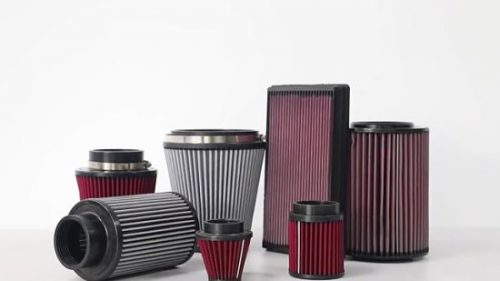 Race car drivers majorly use nitrous, and it will give your car that fast boost you are looking for, thereby skipping the lagging period. Since nitrous oxide gives your engine more oxygen, it would be helpful to ensure that your air-to-fuel ratio is balanced.

Also Read: How Does Nitrous Boost a Car?

The sequential turbo encompasses two turbos instead of one like in the standard turbo system. This type of turbo system will have a small turbo and a larger one. The Smaller turbo will kick in faster than the bigger one.

When you start accelerating, the smaller turbo will first start working. It is because the turbines used by this turbo are smaller, and it would require less exhaust gas to make it rotate. The bigger turbo can take over when the smaller one performs for some time.

Having a sequential turbo may not eliminate the lagging period of your turbocharger, but it will shorten it drastically. Knowing that the sequential turbo will perform better with a diesel engine is also essential.

The process is a lot more complicated with the gasoline engine. Having a sequential turbo on a gasoline-powered engine will also cost more.

You can increase the compression ratio by changing the gasket head with aftermarket products made for this specific purpose.

The electrical-assisted mechanical aspect of the charger, as the name implies, is powered by an electric motor that helps keep the compressor going.

Another way to fasten the turbo kick-in period is using the wastegate system. It works by installing a small turbo housing to the engine. The small housing will help increase the pressure so the engine can boost faster.

With the wastegate in place, any extra exhaust pressure will be quickly released to prevent damage to the turbo system and the engine itself.

Narrowing your vehicle’s powerband is another reliable way to reduce the lagging of your turbo system. In case you do not know what a powerband is, the rate of speed of operation in which the engine can produce the highest power.

By narrowing the powerband, you can reduce the lagging period that the engine takes to produce its maximum power.

Having a larger displacement engine and using multiple-speed transmission will help drastically reduce the lag of your turbocharged engine.

It is important to note that while trying to achieve the instant boost you need, you should make sure that professionals do all the modifications to avoid any causalities.

It would also be nice if you also consider state laws or any other laws that guide the area that your stay in before getting any of this modification done. 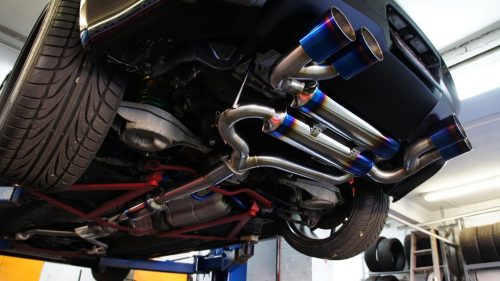 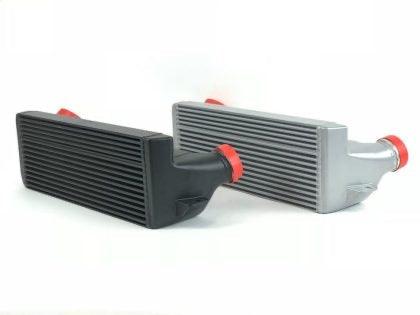 An intercooler is a very essential part of the turbo system. This specific part is responsible for making the hot compressed air coming out of the turbocharger into cold dense air.

Upgrading the intercooler will impact the boost on your car. A better cooling system will increase performance and boost response. If you are using a crappy old intercooler then I would highly recommend you upgrade your intercooler.

Why Does My Turbo Kick in Late?

Boost leakage or inappropriate Turbo size will cause turbo lag. When the turbo kicks in late, it’s due to a common issue known as turbo lag.

Turbo lag is a very common problem that every turbo charge car will face. Turbos take time to spool and create boost, and the delay between throttle and boost is called turbo lag.

The term “Turbo lag” is used for the delay between the throttle and the actual boost that the turbo produces. The exhaust gasses flow through the turbo and spin the turbines. Once your engine revs at ideal rpm for the turbo, the turbo will spool fast and it will produce the boost.

Since every turbo will take its time to spool, it creates understanding for a late turbo kick. However, in some cases, your turbo feels very late and you can feel the excessive delay between throttle and boost.

This could be caused by inappropriate turbo size or boost leakage. As I have mentioned earlier the turbo kick depends on engine rpm. The unsuitable combination of a small engine and a big turbo will cause huge turbo lag.

Your engine won’t be producing enough exhaust gasses to spool the turbo faster even if you press the throttle completely. If you have a perfect size Turbo installed and you still feel the turbo delay then boost leakage is the culprit.

Q: At What RPM is Turbo Activated?

The turbines can be powered by less exhaust gas when combined with bigger turbos with much larger turbines. A bigger turbo could take up to 3,000 rpm or a little higher to activate.

Turbo always spins, at lower RPM and even when the engine is idle but spinning doesn’t mean it’s working.

Basically, Turbo is not a device that you can turn off and on. So when you start the engine the turbo spins as well but that’s only because of the exhaust gasses. The real job of the turbo is making a boost by using the exhaust gas flow.  A spinning turbine doesn’t mean it’s always creating a boost.

Turbo will only work or create “Boost” when the engine RPM will reach the point where it’s enough to properly spool the turbo. Some engines spool turbos at lower RPM while some other engines take high RPM to spool the turbos.

Q: Does A Turbo Spin At Idle?

Turbos always spin when the engine is running, even if your car is idle. The exhaust gasses spin the turbo in every situation even if it’s idle, at low rpm, or at high rpm.

The turbo spinning at the idle rpm won’t produce any effective boost. The pressure of the exhaust gas is not enough to make a boost.

Q: What Rpm Does A Turbo Spin At Idle?

The idle RPM where turbo spin at is could be anywhere from 600-1000RPM. The idle RPM goes up and down in this range.

Though the turbo will not make any boost at idle. To make a boost, the engine should be running at boost threshold RPM where the turbo can spin with full potential.

There are a lot of factors that could affect the lagging turbo period. They include the size of the turbo and engine, the exhaust system, and a problem with the turbine.

Exhaust gasses power the turbo, and if the engine cannot provide enough of these gasses, then the turbo will not be adequately powered. So, if you have a more extended lagging period, you should check the exhaust system for faults.

Turbo lag is an everyday experience for turbo vehicles. You can expect a little delay before you get your boost when you hit the acceleration.

Unlike some other types of modification, the turbocharger relies on exhaust gases to work. It may take a little time before the exhaust system can generate the kind of exhaust gasses that the engine needs.

Q: How Do You Test if Your Turbo Is Working?

The common symptom of a bad turbo is when the car suddenly loses power. To test if the turbo is completely working you need a few tools that can help in diagnosing the turbo. 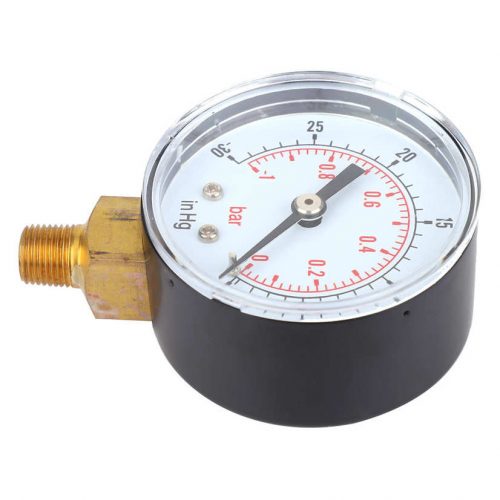 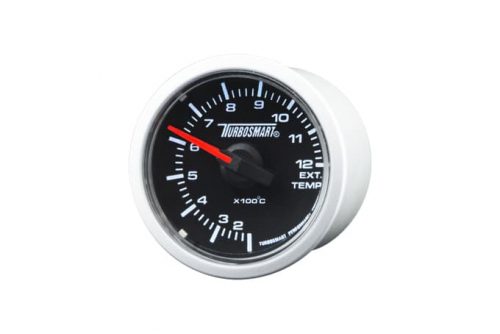 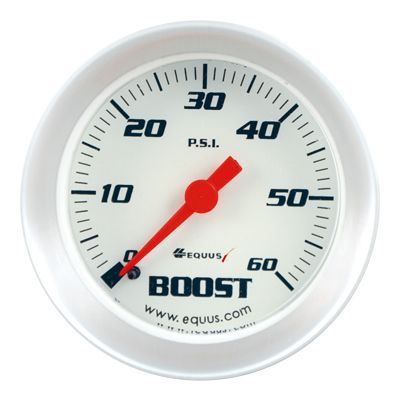 Here is a video that shows: How To Test If The Turbo Is Working

Turbos don’t shorten the engine life. If the manufacturer has designed the engine to work suitably with turbos then it won’t affect the engine life. What if you are upgrading a bigger turbo? Or turbocharging an NA engine?

Well if you are planning to upgrade your stock turbos with bigger turbos then you should do some research before doing it. A wrong turbo could affect the engine health and extremely bad turbo installation without any knowledge could blow up your whole engine.

Turbocharging a non turbo engine would be a totally different case. Non suitable turbo could ruin the engine life. Putting a bigger turbo on a small engine or forcing extra boost will shorten engine life.