Turbo Bypass FAQs: Can Turbo Be Turned Off or Disconnected?

Turbo cannot be turned off when in use because it is a forced induction that makes use of exhaust gases to work. You cannot manually switch off a turbo, but a wastegate valve device regulates it.

The turbocharger cannot be switched when you like using any manual method. Instead, the turbo is responsive to the throttle. So how much boost the turbo gives depends on how hard the driver hits the throttle. Knowing that the throttle cannot switch off the turbo system is essential.

However, this does not automatically stop the turbine from working. It could reduce the level at which it is working.

Personally, I have not disconnected my turbo with my Honda Civic, but i have had a failed turbo system and once tried to bypass it. I would say it did not give me the best result at that time. I experienced a bad fuel economy and my engine boost was very poor.

Can You Disconnect Turbo? 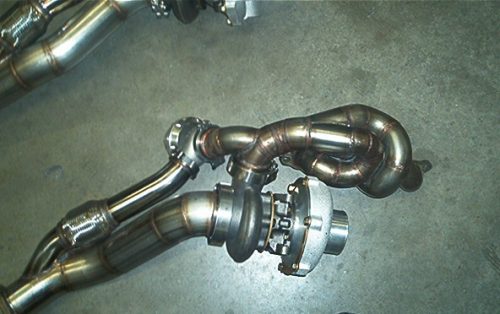 The installation of a turbo is tightly coupled into the exhaust system. It cannot be disconnected or turned off.

If you do manage to remove or install the turbo system, you might hate your vehicle. You can expect to have a much lower horsepower generated by the engine, more fuel consumption, and many more problems that will make your vehicle a living hell to drive.

If your turbo is failing or has failed, it is not advisable to go for a disconnection. Better still, repair the turbo system. Also, if you have a failed turbo system and do not manage it, you are just a step ahead of engine failure. The failed engine parts can drop into the system quickly and damage many parts of your engine.

Also Read: Cooling Down Turbo: Why It’s Important & How Long To Idle

How Do You Bypass a Turbocharger? 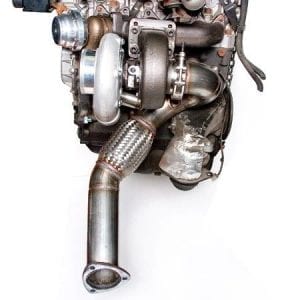 On turbo engine, the intake manifold is connected directly to the turbo. This needs to be replaced with a regular connecting pipe.

It is possible to bypass a turbocharger by changing your intake manifold and intake pipe, but it takes a lot of work, and you may require mechanical knowledge.

You will need a new downpipe connecting the manifold and running down to the catalytic converter. After these new parts have been connected, you will need to also get a new computer for a vehicle that will not search for your turbo.

After doing all these, you may have successfully bypassed the turbo system.

Can a Turbo Engine Run Without the Turbo?

It is possible to run your turbo engine without a turbo, but this is extremely difficult to do and will be expensive. You will have to rework your engine to be able to achieve this.

It is possible to run your engine without a turbo, but it could be hazardous to the engine’s health. If the issue with the turbo is related to oil or internal components, then engine failure is imminent.

Running a turbocharged engine without the turbo is like having a broken vehicle. It will perform poorly. The engine boost will be poor, as well as the fuel economy. You will also experience a lot of problems before eventual engine failure.

When the turbo is removed, you will need to replace many parts in the vehicle, and this part needs to be custom-made to fill in the space created by the turbo. You will need custom-made exhaust parts and an intake system. Making or creating these parts will cost a lot.

You will also have to have a custom engine tuning because it relies heavily on the turbocharger, and removing it will drastically reduce the engine’s efficiency. It does not stop there; you will probably need a different fuel injector and have to plug the coolant and oil lines initially connected to the turbo.

Doing this will cost you an insane amount of money. It would be best if you just repaired the turbo system.

Q: Are Turbos Hard on Engines?

Turbos are not hard on the engine and are entirely safe to use. They will not cause any damage to the engine system as long as they are working perfectly. The problem your engine may have with a turbo system is when the turbo begins to fail, and your engine is heading for a big problem.

Turbo is made to last for a long time, at least as long as the vehicle will last. However, many factors could cause turbo engines to have problems. Some of the problems may include how they are built, the way they are used, and the maintenance culture of the person using the engine. All these determine how long the turbo engine will last.

Q: Do Turbos Use More Gas?

Turbo engines are built to be fuel efficient and are an excellent way to reduce gas costs. The turbo helps increase the air going into the combustion chamber, which creates more combustion, and less fuel creates the same combustion.

Turbos are entirely healthy to use as long as they are in good working conditions. It is a healthy way to give your engine a better boost. The health of your engine depends on many other factors, which include maintenance of the engine.