Cooling Down Turbo: Why It’s Important & How Long To Idle

You should idle and cool down your turbocharged engine because the oil in the bearing shaft can easily get burnt, and the residue can cause the turbo engine to fail. The other parts of the engine could also get damaged because the engine did not cool properly before the switch off.

A turbocharged engine can quickly get hot because it uses hot exhaust gases. Although it is unlikely that it damages your engine if driven under normal conditions, it is best to be on the safe side. That is why you need to idle your vehicle before you switch it off.

Personally, I idle my turbocharged Honda Civic before turning it off. I noticed an improved oil consumption compared to when I did not idle my engine. My turbocharged engine is also much healthier.

Below are some reasons you need to idle your turbo engine before turning it off.

5 Reasons To Idle Your Turbocharged Engine

It is easy for coking residue to form in the bearing shaft if you do not allow your engine to idle and cool down before switching it off. The turbine can burn the oil, and coke residue could form and quickly get to the turbo system.

The turbocharged engine needs a lot of maintenance and attention, and any unwanted elements like coking residue from engine oil getting into the system could make it fail.

Idling your turbocharged engine before switching it off will help your engine oil last longer. Your engine oil will not get burnt off or coked easily due to the hot turbine burning the bearing shaft. It will save you a lot of money in replacing burnt-out oil and cleaning out burnt oil remains.

When your engine is left to idle for few seconds, oil in the bearing shaft can cool itself. Once this is done it will not burnt and you can still continue using you engine oil.

3. Helps the engine cool down

Idling your engine allows the cooling system to reduce the temperature of essential parts of the engine. In this state, the turbo engine activity is reduced drastically or stops, so heat is no longer generated.

Many people do not know this, but your turbo-powered engine can cool down while idling. The engine generates a lot of heat while moving, especially at top speed; as a result, liquids and other parts of the engine are at high temperatures.

These liquids may not be dangerous to your engine while running because they are continuously moving. Once the engine is switched off, the liquid stops moving, and if still very hot, it could cause damage to your engine.

4. Reduce Pressure built up in the engine

The Turbo engine builds up a lot of pressure, and this is because it makes use of hot exhaust gasses to power up itself. The pressure could reduce when idling the engine while the lubricants cool off the engine.

Sometimes, the turbo makes takes in excessive exhaust pressure, which could be dangerous to your turbocharged engine. Cases like this could lead to engine failure.

An excellent way to release engine pressure caused by excessive exhaust is by idling your vehicle before turning it off. When idling, essential parts of the engine, like the coolant medium, are still working while the turbo reduces its activity or stops entirely.

Idling your turbocharged engine before turning the engine off is a great way to enhance the engine’s parts because the heat generated by the engine can seriously destroy parts of the engine, especially seals and these parts are cooled off during the idling period.

What Happens if You Don’t Let Your Turbo Cool Down? 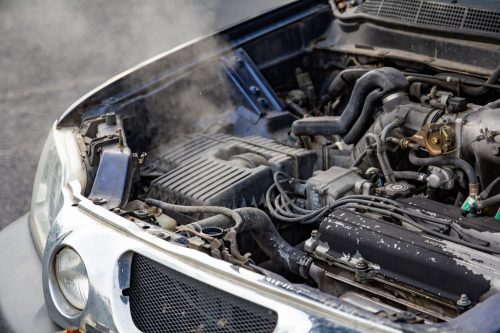 Turbocharged engine produces much more heat that should be cooled by idling.

If you do not allow your engine to cool down before turning off, heated liquids in the engine system could melt through seals and spill into other vital parts of the engine.

Hot engine heats lubricant in the engine such as oil. When the engine is turned off, the turbine wheel, which is not cooled by any coolant and pressurised oil, transfers a large amount of heat into the bearing shaft.

It instantly heats up the oil in the bearing shaft, causing it to turn solid. Once the oil is in this state, it can not circulate, leading to turbo failure.

Does Idling Cool Down a Turbo? 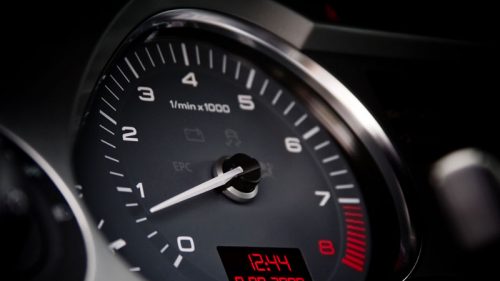 Idling keeps hot engine oil to flow – making sure it doesn’t cause damage to surrounding parts.

Idling your engine before turning it off will definitely help cool down the turbo and engine. Idling keeps oil moving, preventing it from burning up in the shaft bearing.

Idling also reduces the activity of the turbo while allowing the cooling system to reduce the heat in the turbocharged engine.

Once your vehicle is idle, everything in the engine keeps running but not as much as it will when you move or accelerate. The turbo’s activity has also reduced drastically, which means less heat is generated. Now, the engine parts can easily cool down while still running.

In addition, the oil keeps moving and cannot be easily burnt. While the oil moves, it also cools because the turbocharger no longer heats it up. It will allow your oil to last longer simultaneously, preventing the hot oil from damaging any parts of the engine.

Now that the engine is no longer generating as much heat as before, it is easier for the cooling system to do its job. Many turbocharged engines use a Turbo-Cooling System (TCS) which reduces the temperature of the turbocharger by circulating cooler air.

Other turbochargers rely on water and oil flowing through the engine for their cooling function.

Does Turbo Diesel Need To Cool Down?

Both the diesel and gas turbocharged engines need to cool down after excessive use. The reason for this is that they both make use of hot exhaust gasses that heat the turbines.

The diesel and gasoline turbocharger both have the same running process, as they both use the exhaust, which powers up the turbine to give the engine that extra boost it needs.

The difference between gasoline and diesel turbocharged engines is that the diesel engine has a higher compression rating than the gasoline.

Like the turbocharged gasoline engine, diesel ones can also develop a lot of heat depending on how they are used. Its turbines can get very hot, heat the oil in the shaft bearing, and cause turbo failure.

Now that you know that they function similarly, it is important that you idle your diesel turbo engine for a good period before turning it off.

How Long Should You Idle a Turbo (Petrol and Diesel)? 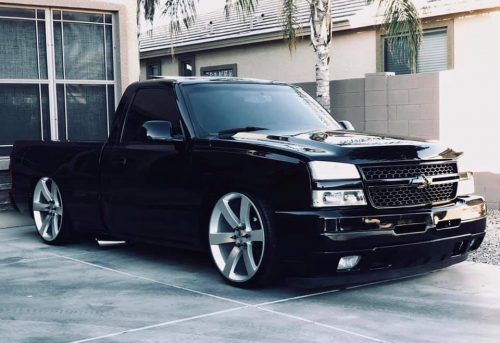 How long you idle your turbo engine depends on how intense your driving is. Driving under normal conditions and not too intensely for 15 to 20 seconds should be okay. If it is driven too intensely and the engine is too hot, 30 to 60 seconds is ideal.

Usually, turbo engines do not get too hot that it requires you to cool them down intentionally. However, this does not dispute that the turbocharged engine can get hot, especially when used under intense conditions.

To be safe, you should idle your turbo engine for at least 15 seconds, even when used under usual driving conditions.

Q: How Do I Prolong the Life of My Turbo?

If you want to prolong your turbo engine’s life, you must follow a strict maintenance culture. It would be best if you tried and periodically do the following things:

Q: Do Turbos Need to Warm Up?

You need to warm up your turbo engine before driving because engine oil gets thicker when cold. When the oil is cold, it does not move freely around the required area. It could wear and tear in moving parts if the oil does not reach these areas.

The oil becomes warmed up and thin by warming up the engine, allowing it to move through the engine better when driving the car. This is more important during winter.

Q: How Do You Break in a New Turbo?

To break in a new turbo, you must first ensure you are using high-quality engine oil. You can prime the oil system by igniting or cranking the engine without starting it.

Do this about 3 to 5 times. Now start the engine and allow it to idle for about 10 minutes. Also, check for any problem with the turbo or engine system, like exhaust leaks, loose screws or fittings, leaking cooling system, etc.

After doing this, you can now drive your car and make sure your boost does not go too high for the initial 100 to 200 miles.